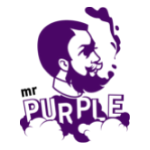 How to French Inhale Properly?

You’ve probably seen smokers inhale smoke and gather it in their mouth, letting it out slowly, and while they inhale through their nose, they exhale through the mouth. That’s a popular trick in France, hence it is called “French inhale”.

This smoke trick looks really cool and it is no longer done by smokers alone. Nowadays, vapers also use this trick too, and those who are good at performing smoke tricks are seen showcasing their talent at cloud chasing competitions, with teams, and cash prizes.

The first blowing contest was held around 2012 in the United States, and as vaping become more popular, there arose a vaping culture centered around this smoking-cessation method.

So maybe you need to learn how to French inhale to move into the world of professional vaping.

You might have read the opening lines “I like the way your French inhale” on Snoop Dogg’s collaboration with Wiz Khalifa in 2021.

Two rappers were seen smoking weed in the song’s video features, and they were displaying their masterful French inhales. You can see the video to have a good grasp of how this smoke trick is performed.

Another good example in the hip-hop community is ASAP Rocky, one of the popular American rappers. He indulged in the French inhale in his video for Purple Swag in 2011.

Though you may learn how to do the French inhale by watching a lot of pop artist like Snoop Dogg, we’ll be showing you the easy technique/procedure to ensure you get the real thing.

The steps are outlined below:

If you just tried this procedure, then you’ve just done the French inhale.

You can expand the French inhale to a more complex trick- the Vape Bane Inhale.

To do this trick, you begin as a French inhale, but as you’re pushing out the dense smoke from your mouth, try to press your bottom teeth against your upper lip and see what you get.

The French inhale is usually done with blowing smoke rings or O’s. The origin of this trick is still a mystery, but many advertisements, including a commercial for Camel cigarettes that showed four-foot smoke rings in a unique display of special effects on a billboard.

The smoke rings came out from the Camel man’s mouth through a chamber that would fill with steam at the back of the billboard. The immense rings flew high on the heads of passersby along with the slogan I’d Walk a Mile for a Camel.

From time to time, the Camel man changed until 1966 when the billboard was finally pulled. However, in 1972, it returned to its Time Square home, albeit for a different brand.

There are different ways of smoking, but many methods do not get practiced by too many people around the world. French inhaling is one of the rare methods that seem to have pulled through, becoming a popular way to show off your coolness. Besides, many artists are now trying the French inhale in their songs, movies, or books.

The French inhale is not looking like a technique that will soon go out of fashion. As a matter of fact, with the way things are going, this vaping technique is here to stay.

You can get your smoking accessories to produce enough energy, and then try the French inhale for yourself to impress your group of friends the next time you guys hang out. Get up to 40% OFF on Mr. Purple store today!

How To Clean A Gravity Bong For A Better Performance

How to fill your RAW Pre-rolled cones